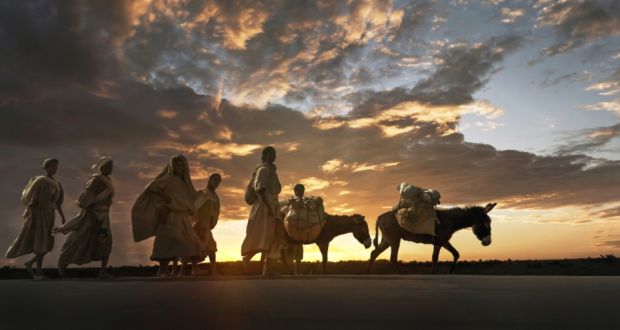 Before everything starts, let’s go through the long story of the black beans! Our journey begins in Africa, a place that is surrounded by now Eritrea, Djibouti, Somalia, Sudan, and South Sudan and Kenya.

The Horn of Africa: Ethiopia believes to be the origin that the coffee plants came from but whether who was the one to discover will never be known. In conclusion, there are three legends that are related to the discovery of the beans.

A long time ago around the 11th century, there was an influential Scholar and Sufi named Abul Hasan Ash-Shadhili (Abul). One of the greatest in Islam came from a royal family of a businessman in Bani Yafrah. Borne in now Morocco, from the Berber Ghomara Tribe, he is so eager to learn and search for knowledge. He pursued his goal after hesitation about his future. Sufi Master al-Wasiti suggested him to seek for Spiritual Master in the country Abul Hasan. When he completed the things that the Spiritual master asked for, he began his new journey by spreading his knowledge across North Africa, mostly focus on Tunisia and Egypt. Zawiya (school in Islamic) was founded in Tunis for him to teach and share ideas and thoughts that he believes. He was a master in knowledge, and also a traveler, speaker, scholar, and pioneer.

As he was borne in Morocco, he began his journey from Morocco to Tunisia and then to Egypt. Money was not a problem for him as he came from a rich family. Moreover, He does have a true heart in passing on things he believes!

I believe that while he was living in Egypt, he traveled to Ethiopia to share his believes and knowledge. The distance between Egypt and Ethiopia is 3906 km (by google map:))). But he thoughts that traveling by ship will be faster and from Greater Cairo to Suez estimated it would take a month. When he arrived at Suez, he found the best Lateen Ship. Lateen Ship sailing believed to be invented long time ago as early as 2nd century CE being used by Egypt or the Persian Gulf.

Therefore, Abul was able to travel by Lateen Ship crossing the red sea. However, there were other factors to consider like the wind’s direction, wind speed, the weather in the sea and so on. Assume, he traveled at a speed of 8km/h and by the distance, we can calculate the time that is 488 hours; which is 20 days. The journey would definitely take more than 20 days as you would not always as lucky as you imagine!! With the technology and skills at that time, an estimation of five to seven months, they would arrive a place called Djibouti (if they could find it:D not sure they have a map or not, but they could make it!!)

They traveled far to a place somewhere in Ethiopia (you know Ethiopia is a highland complex mountains areas(Ethiopia Highlands)!) and than Abul was being attracted by the birds! Why? Those birds are vivid, dancing and singing with power spreading to the surrounding! Even other animals were being attracted by their songs! Within a long journey like that woke Abul up!! He discovered lots of things within this Journey but didn’t expect there is such an amazing thing like this. He tried a bit while observing for sometimes. The sweetness followed by an energizing body told him that it is really good! This is one of the legends about coffee being discovered.

The second legend came from the disciple, his name is Omar and Master Sheik Abou’l Hasan Schadheli. Based on the Abd-Al-Kadr manuscript, there might be two versions happening in two different places.

Omar does have the ability to cure sickness by praying. He started his Journey from Mocha Port (Currently located on the Red Sea coast of Yemen) for his mentality training. He walked till a forest (what I believe is the Jabal Bura Forest: Al Hudaydah – one of the last subtropical forests in the Southern Arabia, located in the Granitic Mountains with five altitude zones ) with a cave near Osuab (still wondering where this place would be!!). While he was looking for food, he saw the berries on the shrubbery. He didn’t know what is it but based on his experience, he knew the berries were safe to consume. The taste is miserable!! It is hard to explain by words. This miserable feeling encouraged him to try different ways of “processing” like heating and boiling. Roasting wasn’t able to improve the flavor but became hard! After boiling it, the soften beans gave a fragrant brown liquid that drinking it would result in revitalized and this is sustainable! This wonderful thing changed Omar’s life after people’s inMocha knew about it and soon he became the sage.

Omar would have the same experience as the one in Yemen by the Abd-Al-Kadr manuscripts but this time it happened in a different place. The story (that I guess is possible) was in the 13th century, by the Fath Madinat Hara, the unpublished history of the city, the cleric Abadir Umar ar-Rida and with the several other religious leaders arrived at the city of Harar. They came from the Arabian Peninsula and decided to settle in Hara Circa. Once Omar had to go for a training far away till the Sof Omar Caves (maybe this is why It called Omar!). He was hungry and thirsty and so searching for food and water. He found the beans and then having the same experience like above happening in Yemen!! It sounds much more interesting as the Sof Omar Caves is sacred for both Islam (a strong relationship with coffee) and the local Oromo traditional religion(will discuss more in the later topics that how it is related to the whole coffee picture in Ethiopia).

For the Sof Omar Cave, it was the longest cave in Ethiopia as well the longest cave in Africa. Omar in Arabic is a boy’s name meaning speaker, flourishing and long-lived. That is all corrected to a disciple named Omar transforming from a boy into a true Saint speaker! When the beans were bought back to Harar, it soon became famous and this might be one of the reasons why Harar will be the first city to grow domesticated coffee and also the reason why Mocha coffee beans are so famous!!!!! And the people lived in Harar would call out Mocha from Mocha! (Naming the place and the coffee with the same word!)

Once upon a time during 9th-century in Ethiopia, there was a village and a boy named Kaldi, who is smart and astute. He likes to observe even he was only a goat-herder. He loves music and like the nature of beauty. As a result, he is familiar with the plants.

One day, while he thought the grazing time was over and blew the song (Return of the sheep), no one came! He realized something was happening!!! Were all my sheep being eaten by the wolves? Omg, I should leave!! I am scared!! NO – I shouldn’t!! He went to the place that the sheep would hang out and found out that what!!!!!!!

They are jumping happily like having a party singing song that shouldn’t be happening in a group of sheep! You didn’t see anyone describing a group of sheep like this, would you!

Kaldi couldn’t understand! He tried to search for clues why the sheep will act like THIS!!! Soon he discovered the red berries that never seen before! Even he is so familiar with the plants like closed to his friends, he is afraid to try!!! Why? Because he didn’t know whether there were any side effects or not? Like a colorful spider is very poison!! He waited for so long till sometimes his family and relatives were so worried about him as he was a responsible kid! They searched for him and Kaldi had the chance to share this amazing experience with people in the village.

Kaldi tried the berries as he found out the sheep stop its energizing effects after a few hours! Kaldi was excited after tasting the berries and when they all arrived in the village, he decided to share with the monks in the monastery. However, they disapproved of his suggestion and tried to destroy with fire! This unpredictable led to an unpredictable result that is an enticing aroma billowed. The smell spread to the whole monastery attracting other monks to come and investigate. This is how they discovered the beauty of coffee and developed a ceremony specific to coffee especially when guests are visiting.

This is how coffee being discovered and appeared in front of people’s eyes. No matter this is true or not, it provides an insight, a starting point for us to study and enjoy the beauty of how coffee spread through the blue planet!!! This is how I studied coffee and it brings a lot more fun to me while I am walking through the history in different continents. It is not just encouraged me to discover more, travel more but to know more and talk more with people in that place!

Big Thanks to the Uncommon Grounds Author: Mark Pendergrast and the Pictures that I shared within this blog!! Please give them a big applause for being so helpful!!!