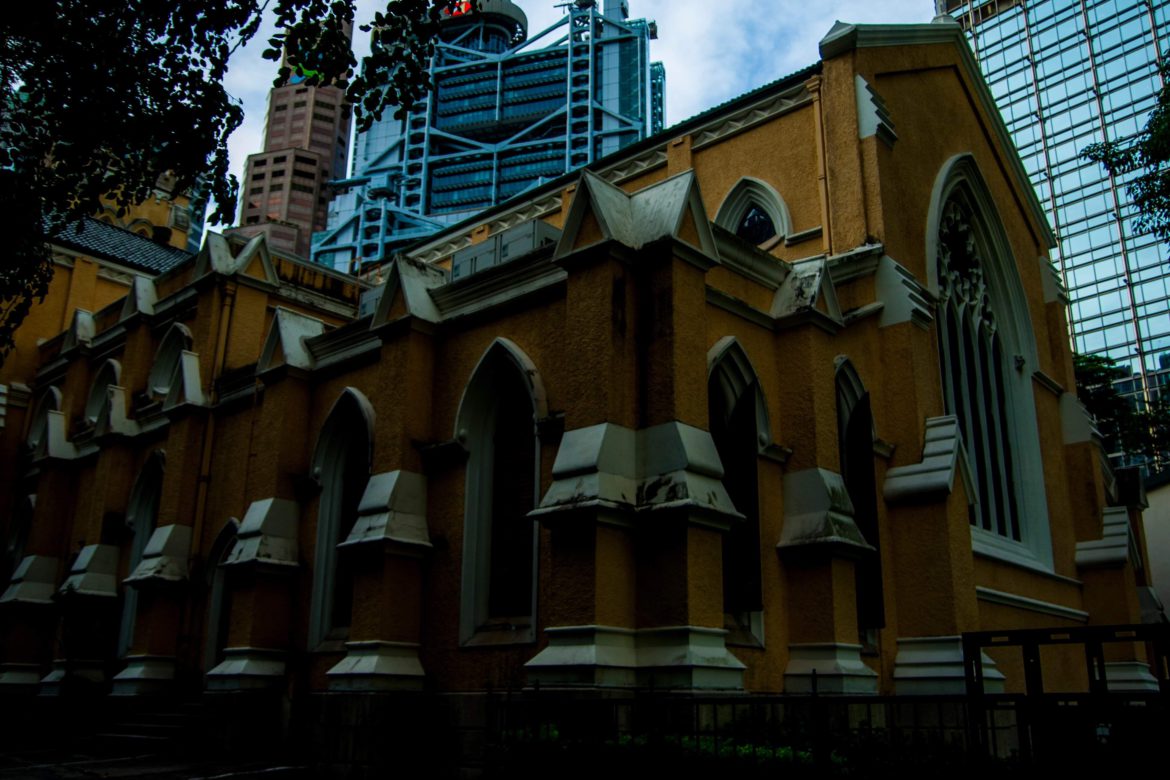 Saint John’s Cathedral is one of the oldest buildings. The foundation was laid in 1847 by the Governor of Hong Kong, Sir John Francis Davis, and it was not completed until 1849.

The original cathedral was a bookstore next to the main hall, which was built to cater to the beliefs of the people at that time.

The simple and desolate island was not originally an object that the British rulers wanted to occupy; compared to Zhoushan (an island adjacent to Shanghai), this island is far away from Beijing and inconvenient for business. In contrast, it is not worth mentioning. At that time, the navy commander Charles Elliot happened to hold the opposite opinion; he believed that Hong Kong’s vast water depth was suitable for berthing warships and merchant ships. In addition, living in Macau for a long time was threatened by the Portuguese, so under the Convention of Chuenpi in the future, he asked to cede Hong Kong Island. For this reason, Hong Kong was able to transform from a small fishing village into a city.

The building is in the Victorian Gothic revival. Stained glass and his supporting parts (buttresses and flying buttresses) and pointed vaults are its unique features. It is also the only land held under freehold. The wooden door of the cathedral is said to be made of wood from the hull of the Tamar ship during the Hong Kong Defense War. After the Japanese rule, Hong Kong was restored. The paralyzed cathedral was rebuilt.

The Nest more than a cup

The best more than a cup is a social enterprise coffee shop established by the church and charity organisation of Nesbit. The coffee shop located next to the cathedral provides on-the-job training for people with special needs. The Nest hopes to learn how to get along with others and work skills by training the trainees so that they can get out of the nest as soon as possible. Hence the name The Nest! At the same time they provide sign language ordering service! There is also a shop in Jordan!

P.s
The current Archbishop Paul Kwong also serves as the Hong Kong National Committee of the Chinese People’s Political Consultative Conference, which is far from the simplicity expected by the public. The residence is 1,500 square feet, the market value is 24 million yuan in Pacific View, and the BMW x3 generation 350,000 Hong Kong dollars for transportation.

As the National Committee of the Chinese People’s Political Consultative Conference, he certainly has highly support for the National Security Law. But seeing the serious suppression of domestic religions, love for the party is inevitable, but whether he loves the Lord or the party first is not known!