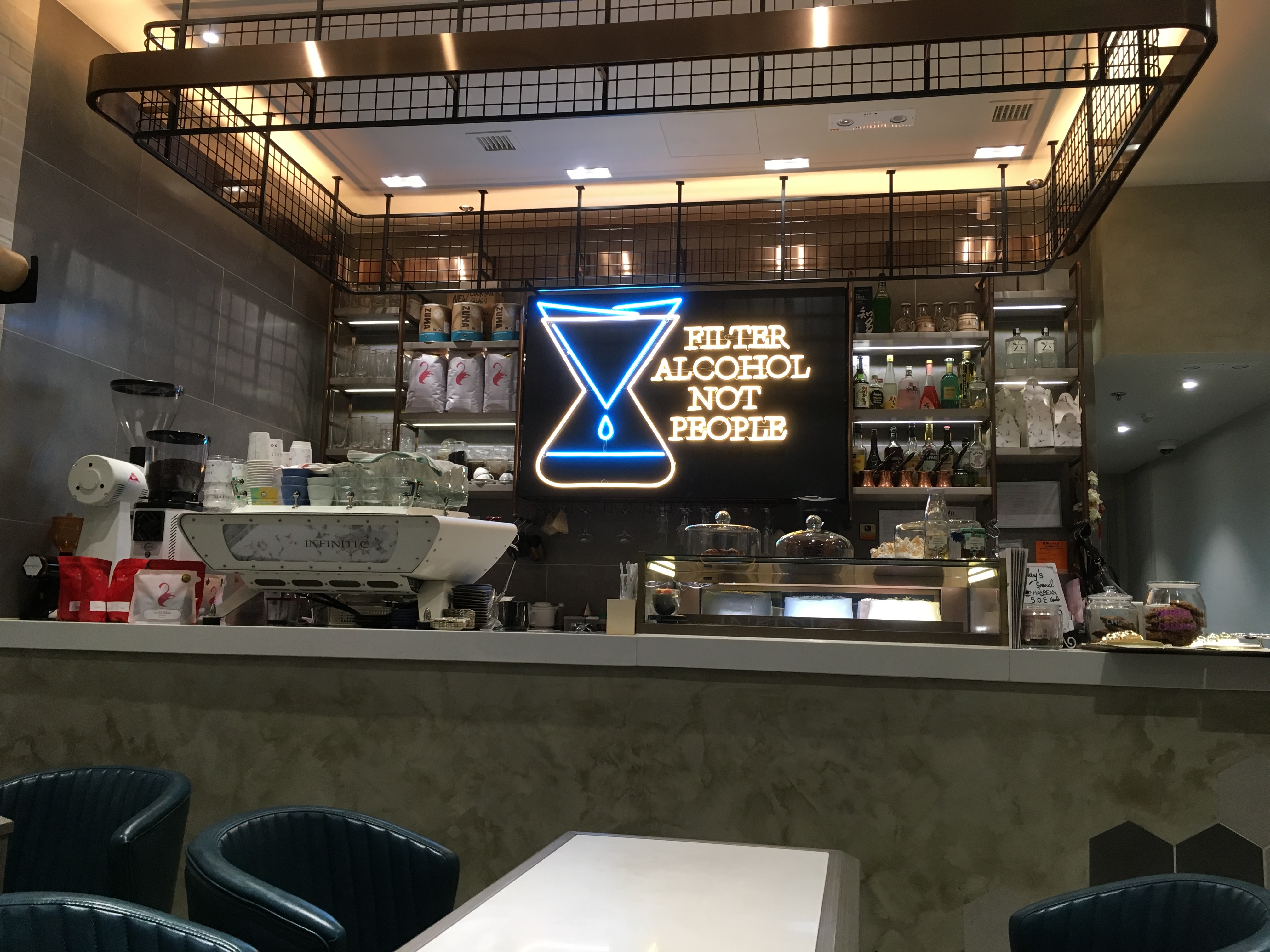 Today we were in Kennedy Town (堅尼地城). Please enjoy with a cup of coffee while reading:) 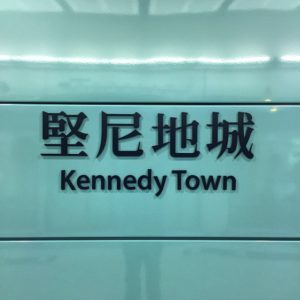 I arrived in the MTR station of Kennedy Town around 8:30 am in the morning. It was cloudy but didn’t stop me from meeting my friend. He is a friend of mine who is good at internet marketing. While I am working on my own, and therefore we decided to meet each other to discuss what we have learnt last month! 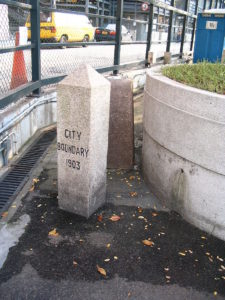 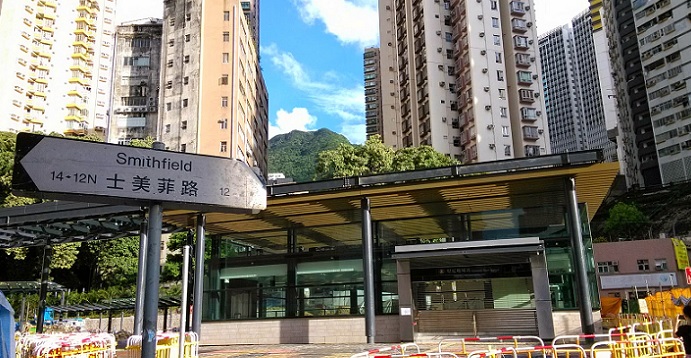 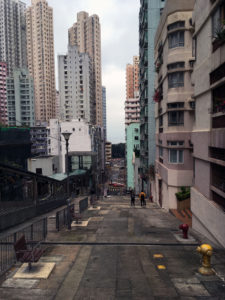 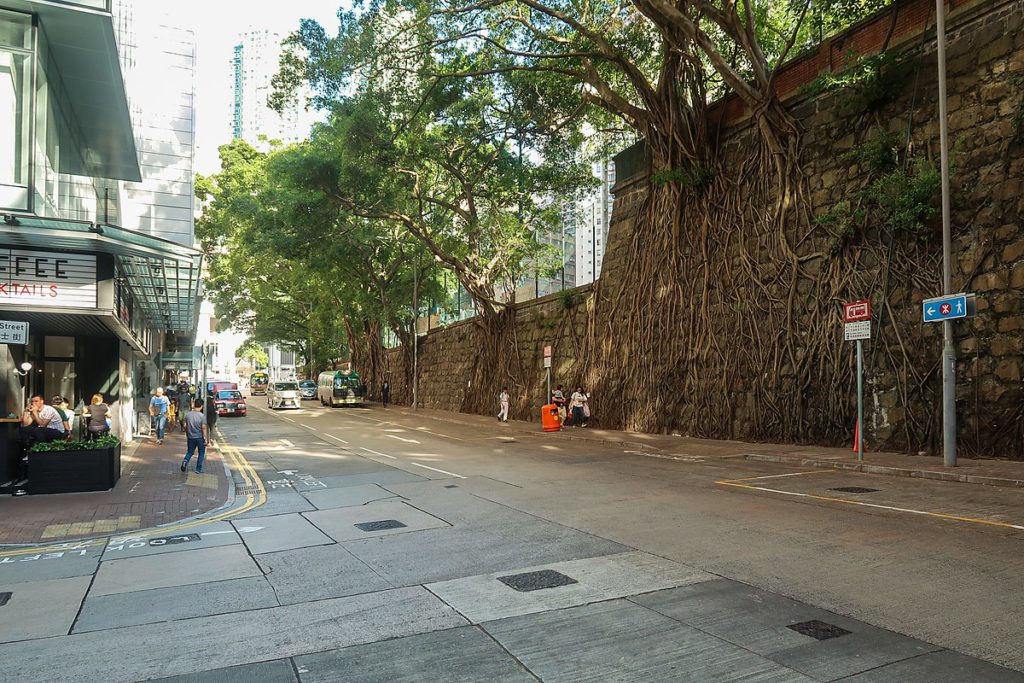 Kennedy Town is the western section of the historical Victoria City. In 1903, the Hong Kong Government erected seven boundary stones for the city, inscribed “City Boundary 1903“. One of them is located next to the Kennedy Town Temporary Recreation Ground at Sai Ning Street (西寧街). 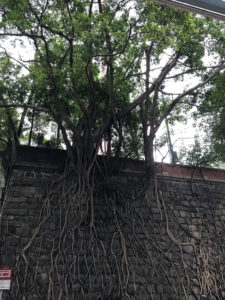 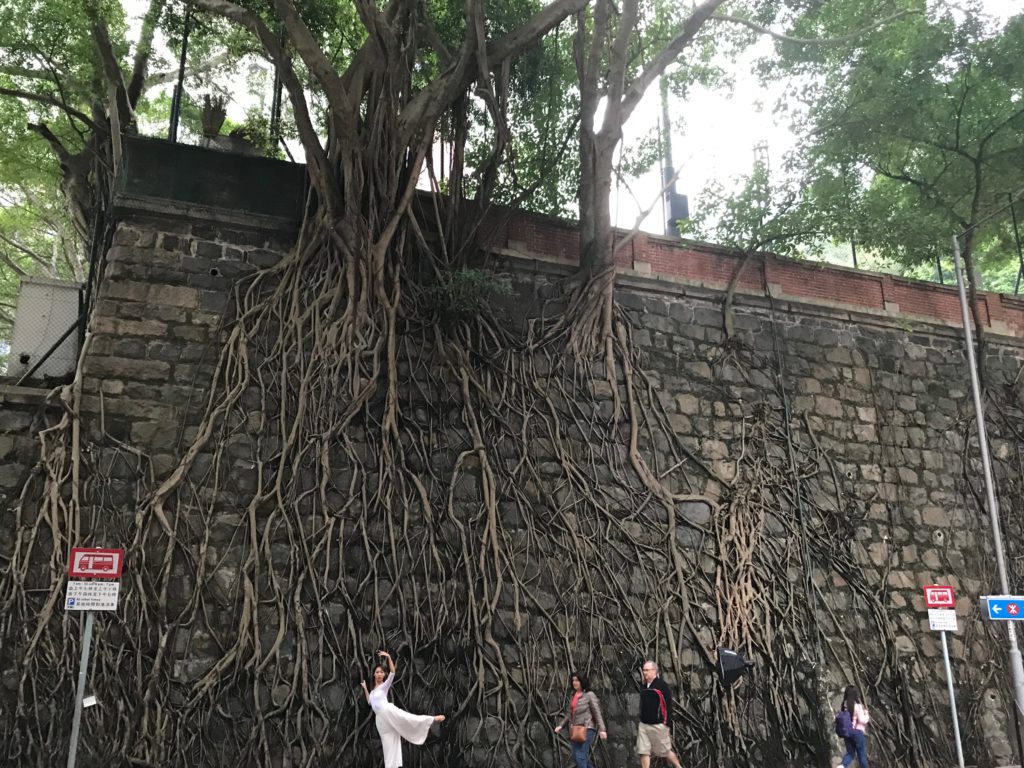 INFINITI C is in front of Forbes Street of the stone wall tree. The historical 100-years tree wall is attractive. Sometimes you will see people taking pictures in front of the tree wall. On that day, I saw a woman and a man, with professional cameras. She was wearing a white dancing cloth while the man, on the other side of the street; waiting for the pedestrians to pass by, so a perfect picture could be captured. 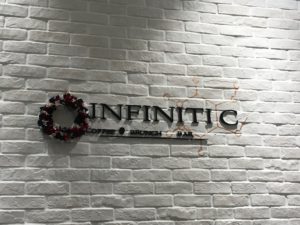 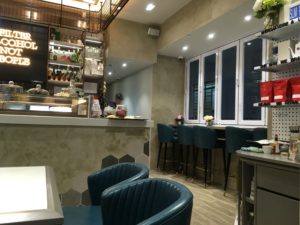 INFINITI C ” there are endless possibility and potential within coffee. Coffee can pair with infinite of things and COCKTAIL is one of the primarily one. We try to explore the potential of coffee by pairing with different elements. By doing that to promote and educate the coffee culture in Hong Kong. Showing coffee is not a “drug” for people.” This is what I like about INFINITI C. Life is full of possibility the same as things when they mix up together; the unlimited combination is the result! Coffee is not just a drink. It has its own characteristic! For example, when you pair up the Moka Harar with chocolate cake; the chocolate flavor definitely will impress you as there is a constructive interference happening!  (If you want to know more about the beans I am using, you can read the article Ethiopia (Harar), to know more about this place. If you want to buy the beans, you can visit Acacia Tree Farms! They serve one of the best coffee beans in the world!) 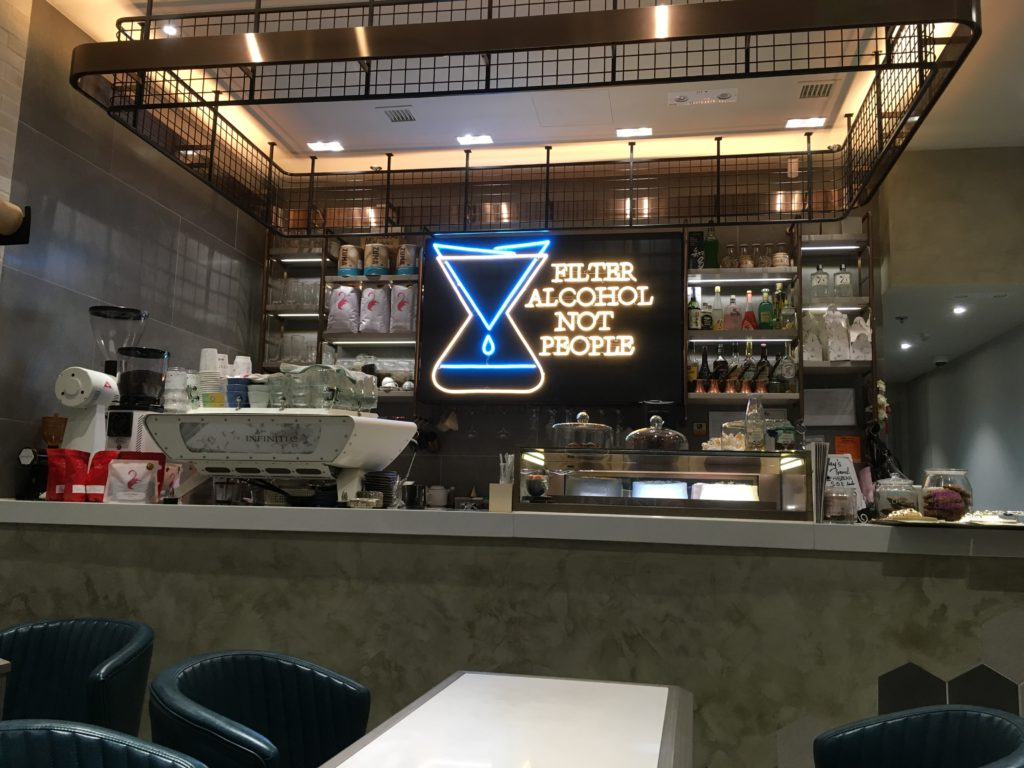 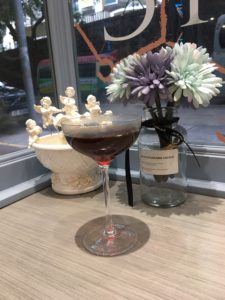 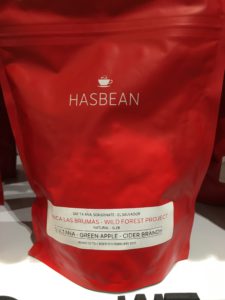 There is a long story to tell when my friend arrived! We discuss for so long. (Want to know more about what we have discussed about Internet Marketing, and how to make money online –> click here!) What special about Kennedy Town is that the atmosphere, the environment is chill and relax! Everyone is walking slowly relative to people in central. This should be the place to enjoy having a talk with your friends in the morning:)

The coffee that I ordered is the HasBean Santa Ana, Sonsonate – El Salvador. (Natural –SL28, with sultana, green apple and cider brandy flavor) (To know more about the SL-28. Curious about what it is! Better visit World Coffee Research! So next time when you are being asked, you know how to be the HERO:) ) The wide open goblet is best serving the Natural – SL 28. Green apple aroma rushed into my nose. A sip of the coffee has a strong green apple flavor. It was sweet and acidity at the back! What a fresh coffee to wake me up as I was dreaming in the early morning! Soon, our voices are being covered by the hustle and bustle city and a new morning arrived for everyone!

There are lots of things to write about my flavor Kennedy Town. Therefore some of its stories will be introduced to you guys in my next article, for me to have a chance visiting another cafe again:) As I believe, there is always a story behind and stories are how we connect with each other! In the end, I would say, for dreams to happen not just hope! I will see you guys in my next article!!

The song that I was listening while creating! Colors of Water by Fan ZongPei!

Fan Zongpei, born on January 1, 1970 in Taiwan, is a musician.
Fan Zongpei is a genius musician. The astounding arrangement of music, from classical music, New Century music, world music, jazz to pop music, always wanders around. He said that his music learning process began with the pains of his parents. He began his music career by playing the instrument he did not like. After learning the violin for a year at the age of 4, he found that he was not suitable. Changed to the cello from then on. At the age of fifteen, he was still studying; he has begun to help some singers to record strings and started creating his own songs and arrangement. After graduating from school, he served as the chief cello of the National Concert Hall Symphony Orchestra and spent nine years in the National Concert Hall Symphony Orchestra.