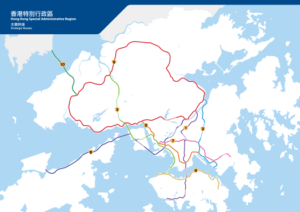 I was now in Pok Fu Lam Rd! There is a long history of Pok Fu Lam Rd! According to the Hong Kong Strategic Route and Exit Number System, there are three generations: The first, second and third generation! The first generation was envisaged in 1968 of the Hong Kong Long Term Road Study by Freeman, Fox, Wilbur Smith & Associates. (Trunk Routes in Single-Digit numbers, and Distributors: the roads within the district were double-digit ones) Pok Fu Lam Road, Third Street and Water Street was in the 71  distributors, with the Trunk Routes of 7 (Trunk Routes of 7: from Aberdeen to Causeway Bay!) The Third generation of route numbers we are using now begins in 2004 with the goal of ” Remember the Numbers; Make Driving Easier”! Without a good systematic system to sequential the route numbers specific to each highway,  it is so inconvenient for drivers!

In the third generation, the route number system is divided into three categories: the three north-south routes, the five east-west routes and the New Territories Circular road! Back to Pok Fu Lam Road, it was part of the “Kwan Tai Road”. How Hong Kong people discovered “Kwan Tai Road”? It was an accident when workers were building the Wah Kwai Estate in early 1980. The stone tablet was being discovered and estimated it was used between 1850 to 1859. The reasons why there were so many stone tablets  guess is because: 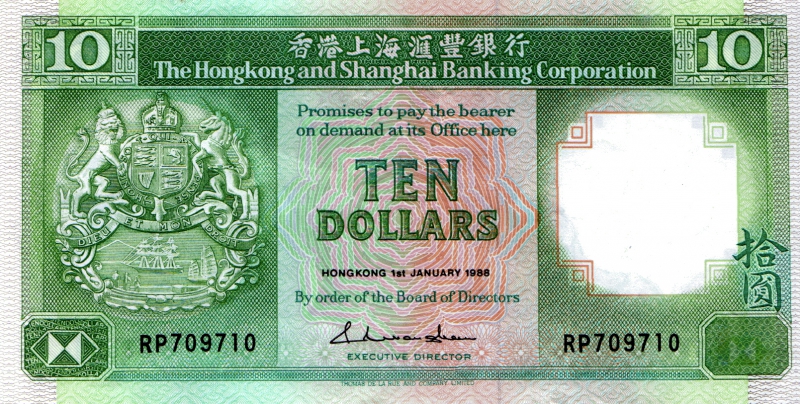 The stone tablet of ” Kwan Tai Road” is valuable. It was being conserved in the Hong Kong Museum of History. This was the only trail horses could travel from Stanley to Victoria City! As British troops landed at Stanley the first time visited Hong Kong, there were lots of stories about the origin of the name of “Kwan Tai Road” and the name of Hong Kong.

One of the stories was about a fisherman called Chan Kwan, with her accent from Tanka, leading the British troops from the mountain of Aberdeen to Sheung Wan! To commemorate Kwan, the road was named “Kwan Tai Road”.

Another story was a woman called Chan Kwan, leading the way of British troops from Stanley to the Northern part of Hong Kong Island. When they reached the Hong Kong Village, Kwan was being asked what is the name of this place. ” Hong Kong”! from her Tanka dialect accent! Therefore, British referred the whole Island as “Hong Kong” The name was being used to represent Hong Kong and Messrs. Thomson and Son of Wapping was used to design as a symbol on the flag; with Hong Kong Island, goods, Victoria Habour, a ship with yellow dragon flag represented China and a ship with red flag represented  Britain.

I will have an adventure of discovering the stone tablets in Hong Kong around August so stay tuned:)

Bauhinia blakeana, Hong Kong’s floral emblem; was first being discovered in Pok Fu Lam Road! There were more to claim for first in the history of Hong Kong included the First Reservoir: Pokfulam Reservoir and the first dairy farm of Hong Kong by five investors and Sir Patrick Manson in 1885! (Will visit if I have time:) )

I have to keep on walking! If not, it will take me more than two hours to arrive the Brew Bros Coffee! As I am a freak in studying things I like, I don’t mind spending tons of hours doing one thing; like searching for information, researching and so on! Therefore, often I travel by myself so my time is flexible! That is my lifestyle! If I am working as a 9 to 5 job, I get less time to travel and will take a longer time to achieve my dream! 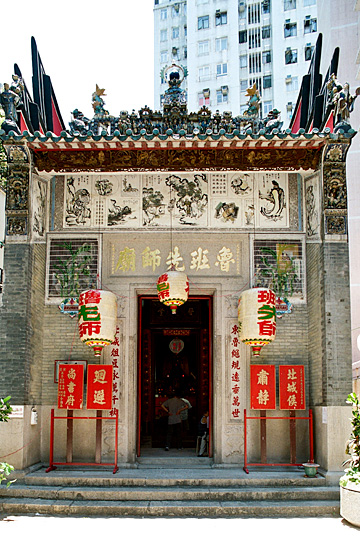 You would see Lo Pan Temple while walking down the Pok Fu Lam Rd! If you have time and interested in architecture, Chinese culture and poem, you will be excited about how exquisite the temple! Lo Pan is the Patron Saint of Chinese Builders and Constructors. He was born before B.C right now in the Shangdong Province. He is the master of all constructors being worshipped by carpentry, masonry and the trade of plastering!  This is the only temple worshipped Lo Pan, erected in Kennedy Town in 1884! 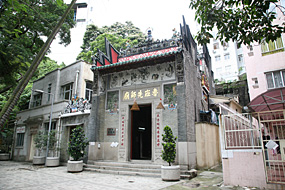 Lo Pan, Deity of Wealth, Deity of Matrimony and Deity of Earth are worshipped inside the Lo Pan Temple! Every year of the lunar calendar, the thirteenth day of the sixth month is the Si Fu Festival! All Practitioners of construction will celebrate on this day. There are four architectural features so should know before visiting the Lo Pan temple:

You will have a feeling of connection if you know the history and the details behind the temple!

After passing the Lo Pan temple, a few more minutes of walking, we reached the station of Hong Kong University. You had to walk down the stairs, few more steps, you will see Brew Bros Coffee on the right-hand side! 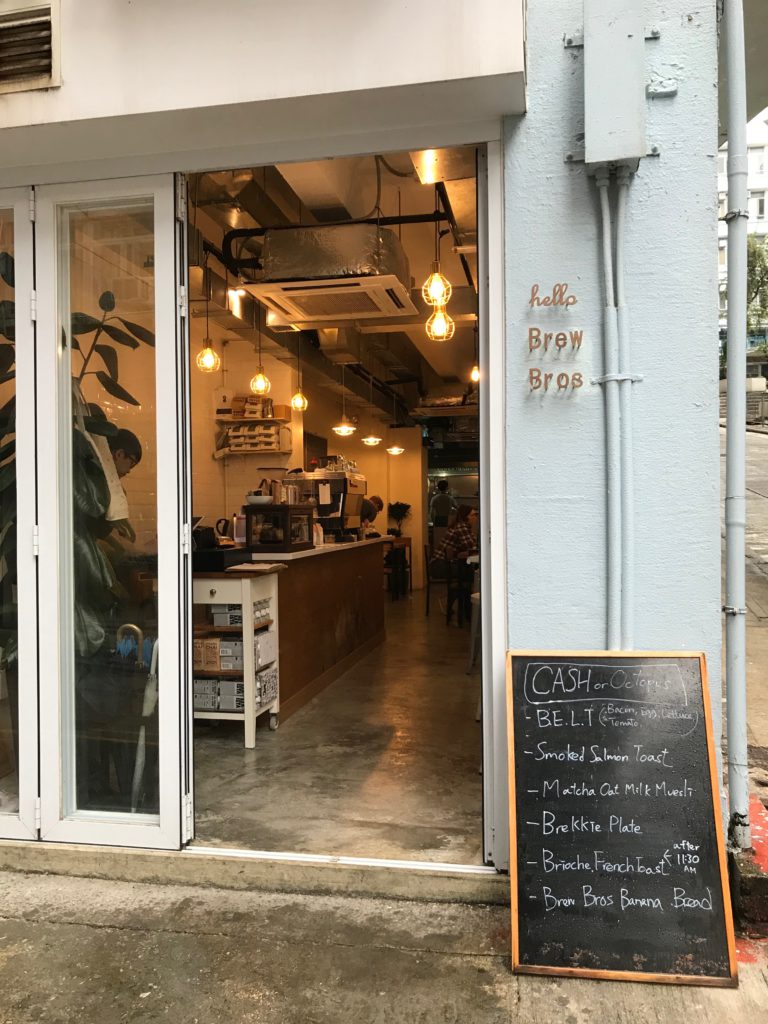 Brew Bros Coffee was established by Hikaru Ono, a Japanese! He lived in Melbourne for a few years and met his wife, a Hong Konger. Therefore they decided to open a Cafe in Hong Kong. Ono San was born in Ichinoseki, Iwate. Brew Bros Coffee is focusing on specialty coffee in Melbourne style with the Japanese ambiance! With the high-quality coffee consistency, they bring the coffee beans from the specialty coffee roaster from Melbourne, and the best coffee growers in the world, they just want to serve the best quality coffee!

Please let me enjoy my cup of specialty coffee. I will let you know my feeling and experience for the exchange of my time 🙂 As I believe, there is always a story behind and stories are how we connect people. That is why I stopped here! In the end, I would say, for dreams to happen not just hope! I will see you guys in my next article!!

The song that I was listening while creating! Mayday !

Formerly So Band, they came to be known as Mayday in 1997, with the name originating from Masa’s online nickname. Mayday won the Golden Melody Award for Best Musical Group in 2001, 2004, 2009 and 2012. With their unique feature in lyrics, encouraging rhythm in their songs, they are being well known by all the people in the world: the Asia the Beatles!