Is time to begin our Journey of Ethiopia, an insight of a full picture to the tiny things that will be related to coffee! But before everything starts, let’s learn about “What is Ethiopia? Where is it? Why we should care about this place?” They are so important as it helps in understanding and connects the tiny things behind the black beans!!!

Source: A map of Ethiopia’s regions and zones 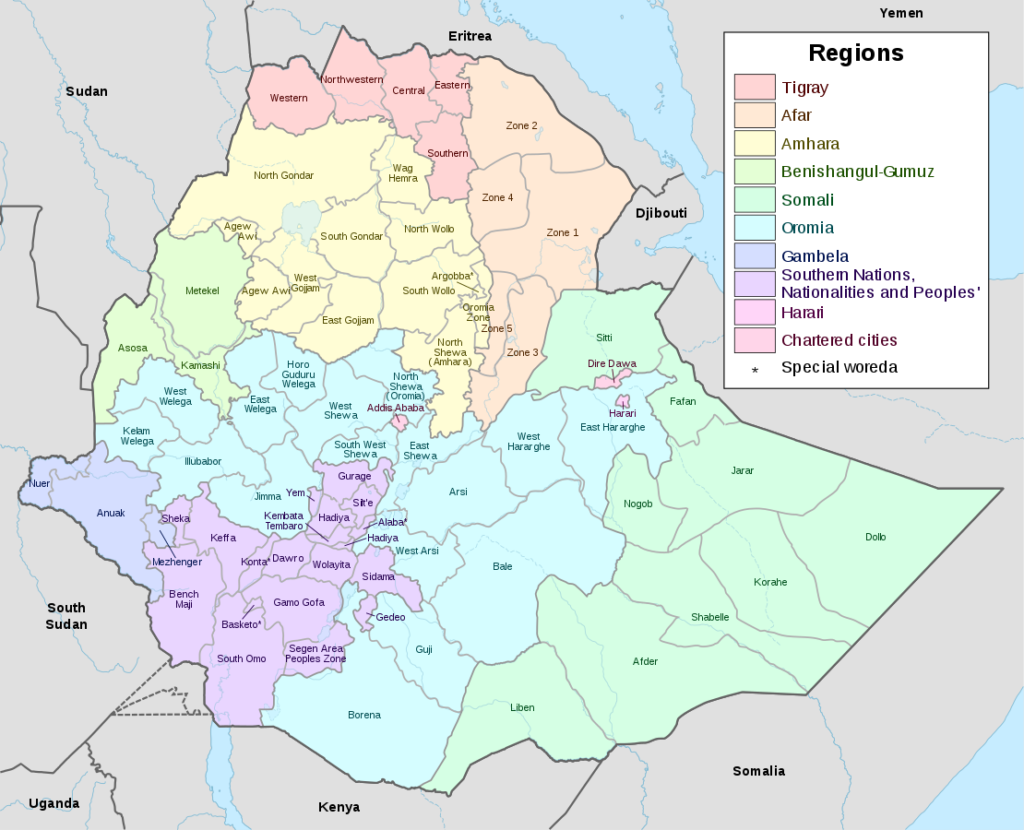 Almost everyone knows that Ethiopia grows one of the best coffee beans, but seldom people will know the country is the Horn of Africa! It is surrounded by Sudan, Djibouti, Eritrea, Somalia, and Kenya. The Great Rift Valley connects Ethiopia and Kenya. The Great Rift Valley split Ethiopia into two parts,  leading to a huge difference between two sides – Green forest on the left versus dead dessert on the right. The Great Rift Valley was due to the tectonic activity between the Nubian Plate and Somalian Plate. Simply saying, there was a crack in the middle of both sides. When both plates moved, it squeezed the middle of the plates up on one side and one of the plates down on the other side. This created a unique feature of Ethiopia especially the difference in height of the plateaus ranging from 1290 to 3000 m. 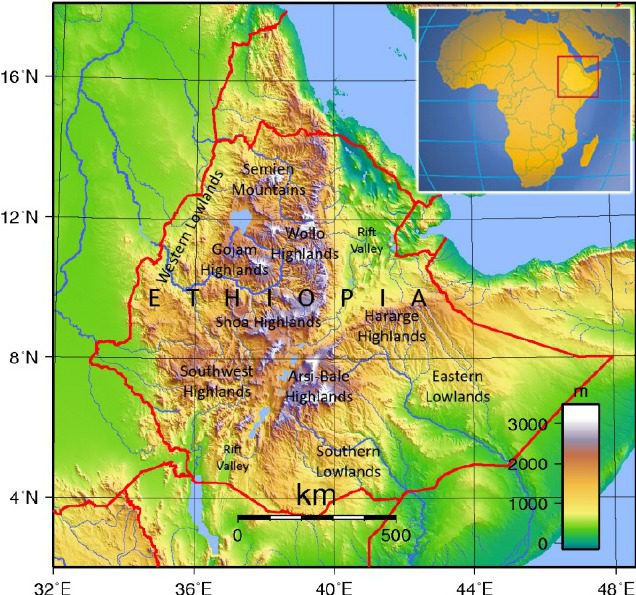 It separated perfectly, like being designed by someone from somewhere so that the lowlands are on the right corner while the highlands are on the left corner (highlands were being lifted up while lowlands were being pushed down); completely separated by the Great Rift Valley. The graph from Ethiopian volcanic hazards: a changing research landscape, showed that mainly the volcanoes are located on top of the Great Rift Valley. Either the plates will become mountains or volcanoes depends on the pressure within the Magma and the Lithosphere. It further contributes to the components of soil and this is one of the reasons why Ethiopian lived in specific areas as those are the places for food to grow!!!!  The rivers (included the Awash river crossing the whole Ethiopia) were also being created by the platonic motion of two plates!! With the contribution of earthquakes in the past (what I believed it happened!), Lake Tana was formed and was being connected to the Blue Nile directly flowing to Sudan. 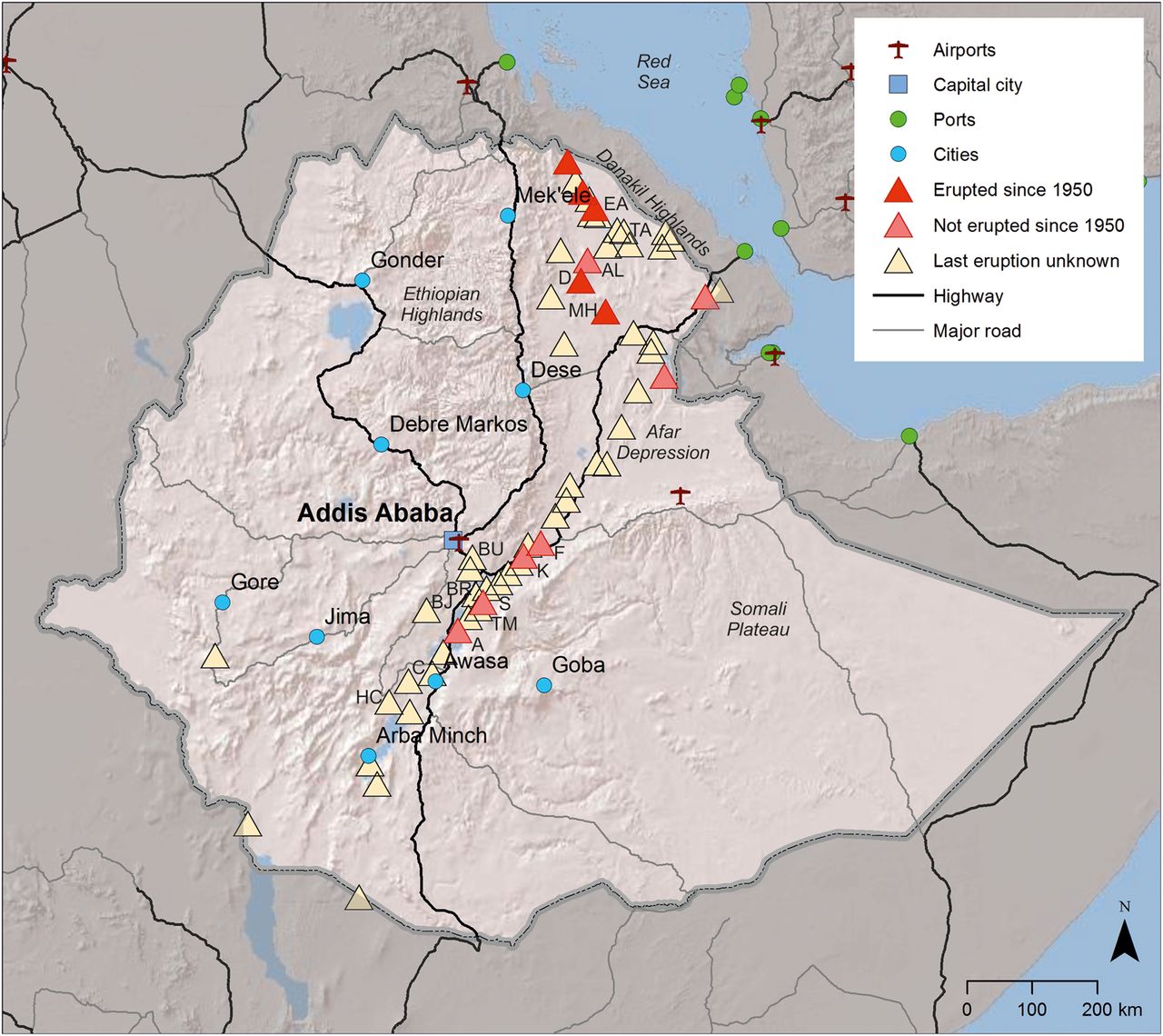 To me, this is more than a miracle as the combination of all those factors happening at the same time within those areas is so low! Lakes were formed due to the platonic motion, created the basins to collect water when it rained.

When air picks up moisture from the red sea due to the sunlight, the moisture was being cooled within the area of the Great Rift Valley as the height goes up, leading to the formation of rain clouds. The water eventually returns back to the rainforests in the Southwest highlands. The process was being repeated hundreds and thousands of times in the past and last lakes and beautiful forests were formed. Moisture was no longer available in the air. As the result, the dry air remained leading to a dry desert. Maybe we will think the desert is of no use. 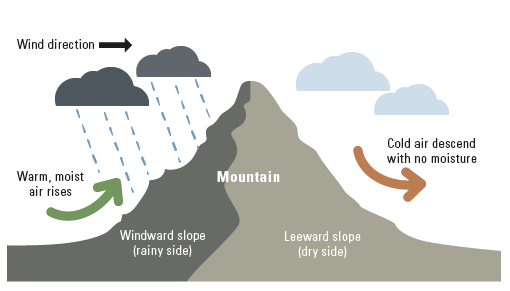 A place without anything but sand, what can you expect from a place like this!! However, it does have its own function!!! Remembered the Rift that created a huge difference between the plateau and the desert? The hot air was being lifted from the desert back to the highlands. Even though Ethiopia was located close to the equator, the elevation of the land is able to cool down the air, and a very healthy, temperate climate was formed. That is why there is a particular environment for coffee plants to grow. Minerals were being withdrawn from the volcanic eruption down till the upper mantle. Unique features were created based on soil difference, forest and volcano’s distribution as well as the lakes and rivers.

Source: by Resilience Potential of the Ethiopian Coffee sector under climate change 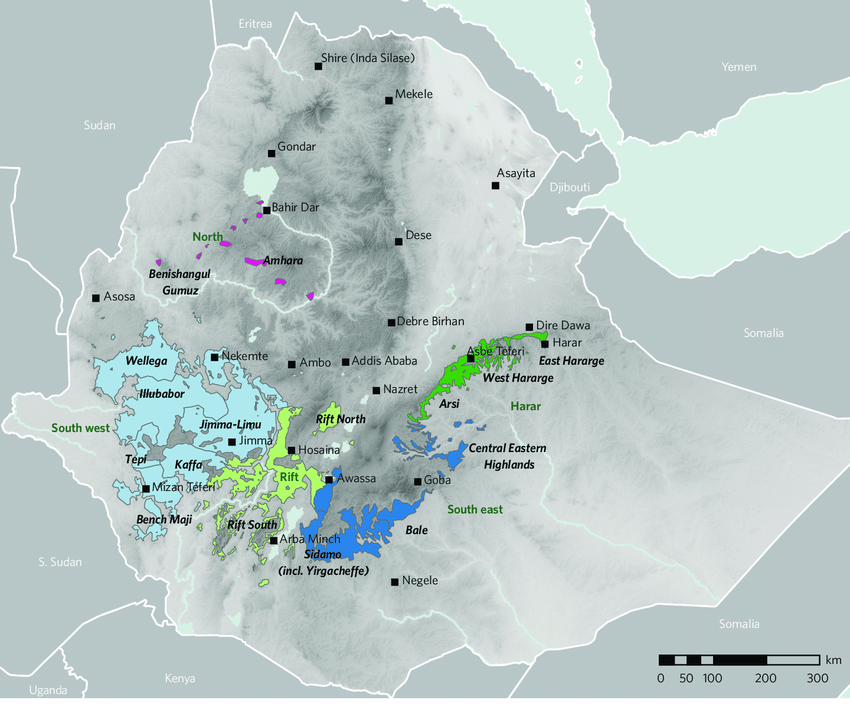 How amazing it is when everything is being connected! I was astonished while writing this post as there are lots of things I have to know for coffee plants to grow! All those factors are contributing and taste will be influenced by different areas! This is one of the reasons why I am always excited to study things behind because when everything connected, you can see the full picture and I am sure you will be shocked when you see it.

The song that I was listening while creating! Grand Masters by Harari

Sipho Mabuse, a South African singer borne in Johannesburg in 1951. He loves drums so much and why people will call him Hotstix! Being influenced by his grandfather and uncles to such an extent that he decided to become a professional musician at the age of 15. He formed his band – The Beaters when studying in high school. Later became Harari that is influencing South Africa in 1970 and after. The mixing of funk, disco, and jazz with the use of traditional African instruments inspires me. Light and quick rhythm, with its traditional words fusing within the songs, people who are listening is like having a traditional South Africa party!