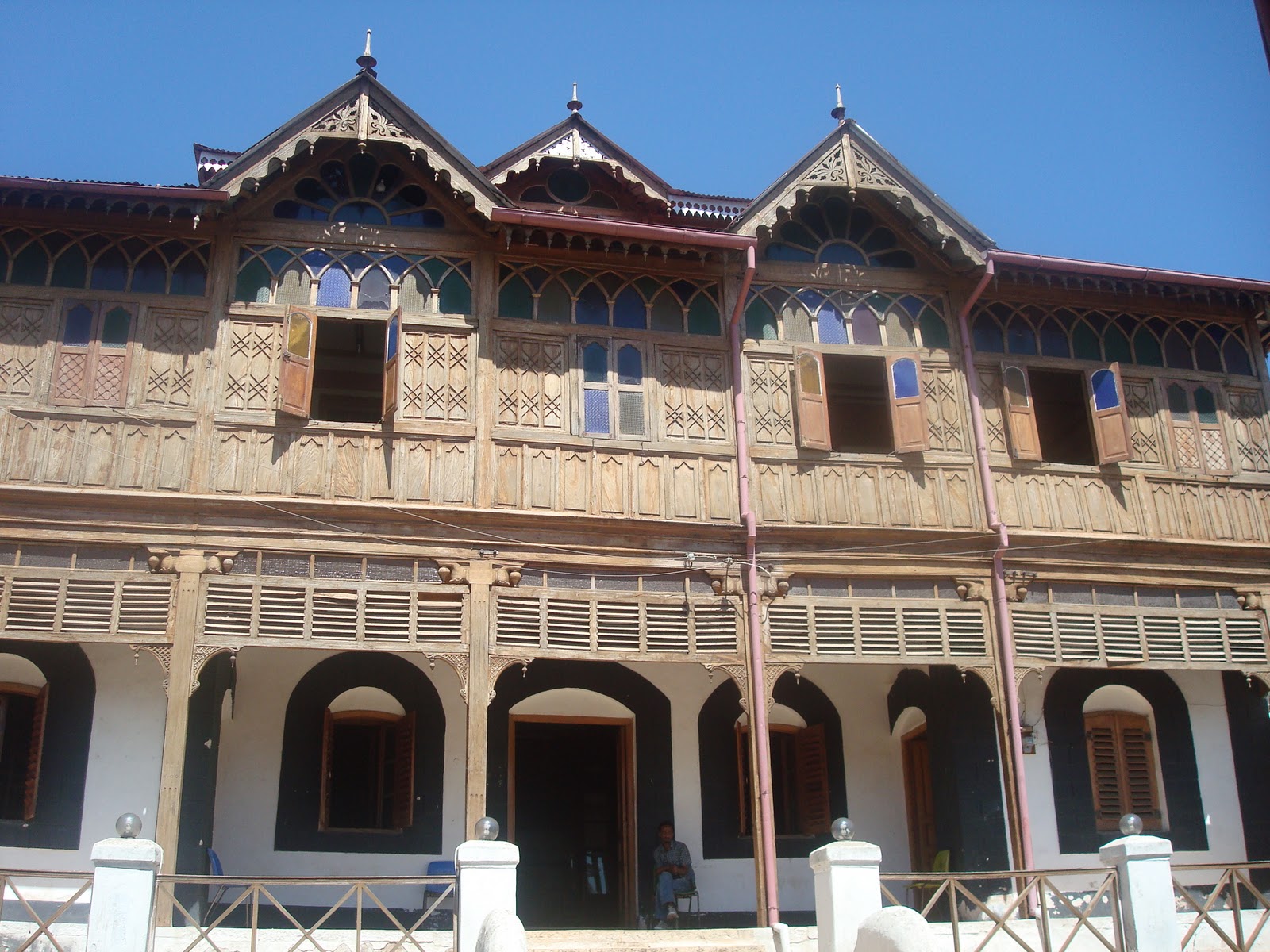 People will ask Why Harar? What it is special especially there are lots of places to grow coffee other than Harar? I hope within this article, some of your questions can be answered after finished reading it! So let us begin the journey! 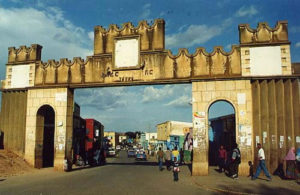 The city of Harar, situated in the Harari Region of Ethiopia, is a walled city used to protect from enemies with an elevation of 1,885 meters. A natural barrier with wall protecting city provided unique features for Harar, to gather people nearby and growing food so that people were able to live in a single area. It saved time for Harar people to investigate and study things around them – a chance for them to create new things – Ceremony will be the one. One more reason why Harar is so famous as in the past, Hara was a major commercial center and trade routes were connected through the whole of Ethiopia, the Arabian Peninsula, and other places. This is why Harar is so well-known and people chose to live in this city. As a result, with its long history, it was being identified as one of the World Heritage Sites back in 2006 and being called ” the City of Saints“. ( The journey of Coffee: Origin (Ethiopia))

People believe Harar was one of the cities that first tried to domesticate coffee. Generally speaking, scholars do believe Oromo people were the first group of people using coffee; but they were not using as making beverage! Instead, they used to make food, for example, the coffee ball (grinding the coffee beans into powders and mix it up with butter forming a ball to overcome long-term journey or long working hours!) As it is rich with caffeine and energy components like sugar, it is able to support a day of hard works! (It will be explained in more details how the Islamic world and ceremonies related to life!) Moreover,  as a coffee lover, the annual production in Harar is so low. The reason is the production of coffee beans in Harar comes from many small families. Those families usually have one hectare of land, approximately 500 kg per harvest! This is not easy for them to survive especially no one knows who they are and where are they! Based on the three reasons, I decided to start my city coffee hunting in Harar.

With an elevation of around 1900 meters and a subtropical highland climate, the range of temperature is from 13.3 Celsius to 25.5 Celsius; it is suitable to grow high-quality coffee beans. Small families, with garden coffee or semi-forest coffee, by using traditional farming systems cultivate the best quality of the coffee beans. Seldom there will be labors helping in harvesting and cultivation of the coffee beans as the small families do not have a lot of money. Therefore, they will seek help from neighbors! This creates a friendly environment that people learn by sharing and assisting others to succeed. 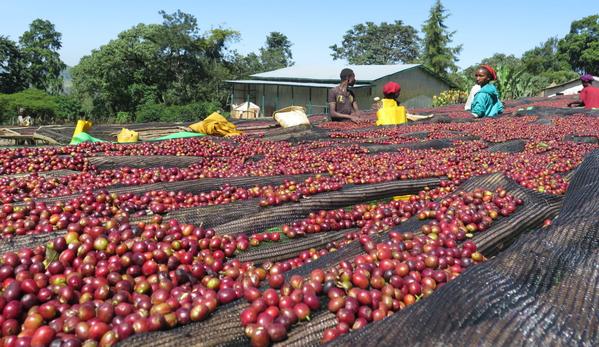 Harar coffee beans are usually unwashed, which means farmers will handpick the qualified beans (ripe) from the un-ripe one. This process is labor and time consuming compared to the washing process as the later one separated beans by density. All the beans will be poured into a huge machine with water flowing through. The bad or unripe fruit will float on top of the water while ripe coffee beans will sink. The unwashed process (Also called the dry process or natural coffee) is first clean up the beans and dried under the sun. The beans will be sorted by ripeness by using the winnow.

To prevent mildew from growing, beans will be turned by hand and the process takes four weeks in order to reach its best moisture content. Therefore, every step is important and the final quality will be influenced. The reason behind why Harar coffee beans are generally unwashed because water is a valuable resource in the Harari region. The water in the Harari region is just enough to support the minimum requirement. That is why water pipelines are being built and connected from Dire Dawa (New Harrar) so water can be withdrawn from the lakes nearby Dire Dawa. Without enough water, the unwashed method is the only way for them to separate the ripe from the unripe! (Will be discussed in more detail after:)) 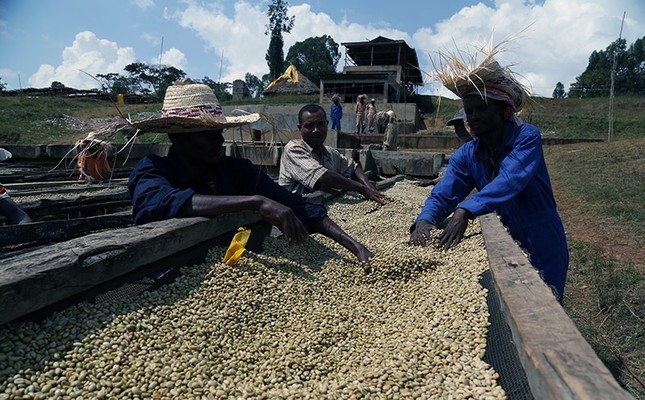 With a low annual income, a high yield coffee variety and high quality will be the best option. However, there are no perfect in reality!! That is why a balance between income, high yield, and high quality is a dilemma for farm owners! The best choice will be garden coffee as farm owners can control the amount of organic fertilizer they are going to use, how to organize their farm in order to harvest the most amount of beans. 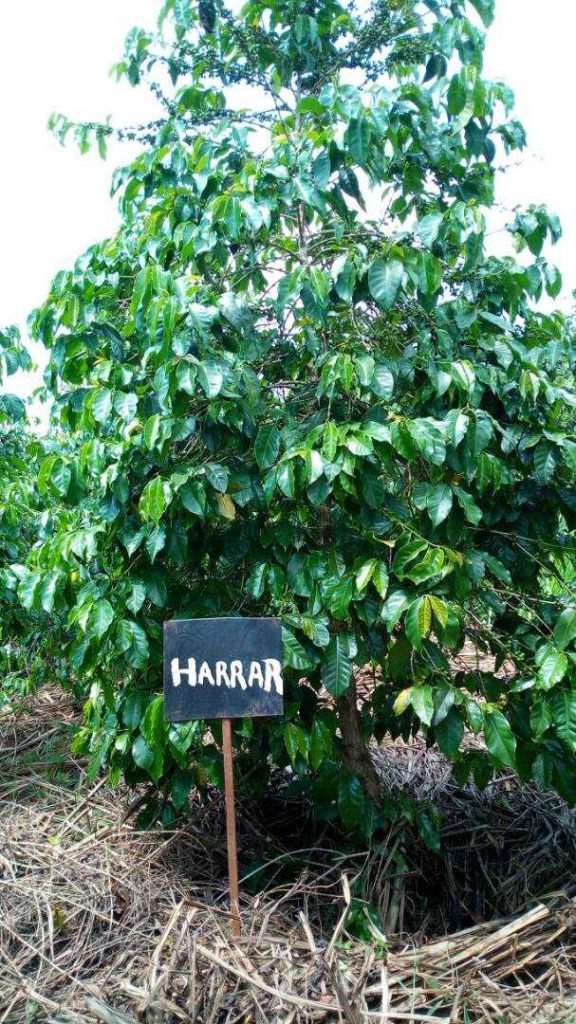 Long Berry, Short Berry, and Mocha Harrar are well known by coffee lovers especially those who like Ethiopia coffee. The major difference between the three of them is the size and for Mocha Harrar the number of seeds within the fruit(peaberry coffee bean: meaning the number of seeds within the fruit is singular)! But why we have to identify those berries by size? As some of the coffee experts believe the larger the coffee beans, it tastes will be better as it contains more “things” within the beans! Is still in a debate as for whether this is true and haven’t considered the amount of the “flavor chemicals” that can be extracted from the beans! But this reminds me of the true Harrar Bean called Harrar Rwanda! It can be found in both Harrar and Rwandan, but no longer recommended in Rwandan. The quality potential at high altitude is very good that you will never forget it tastes!

The song that I was listening while creating! Timeless by John Abercrombie!

John Abercrombie, American jazz guitarist who contributed his life in jazz fusion and free jazz that is one of the best jazz players in the world! Started learning to play guitar when he was ten, he was being inspired by the rock and roll in his early life! He decided to study Berklee College of Music after high school and further inspired by George Benson and Pat Martino when he was performing at the local club. There was a time playing rock in Billy Cobham’s band. However, this is not the life, the dream he is chasing on!

A night in Philadelphia blew up his mind and he asked himself ” What am I doing here? It just didn’t compute” Sometimes, people lose their path. Being distracted and controlled by things around you, like those farm owners! But experience is timeless! Never give up attitude will treasure you someday!